by MRKane
Totally off topic I'd say but figured this might be the place to voice this question:

Would it be possible for the UltraHDMI to display frame rate for the current game? I was thinking about this the other day and it'd be fantastic if it could as not only have I always wanted to know, but have been involved in the Goldeneye and Perfect Dark modding community for ages and we've been sniffing around to find performance improvements for ages but have no true way of measuring them

by networkfusion
Just a warning that this may be displayed if using a HDMI switcher inbetween the UltraHDMI and the TV.... 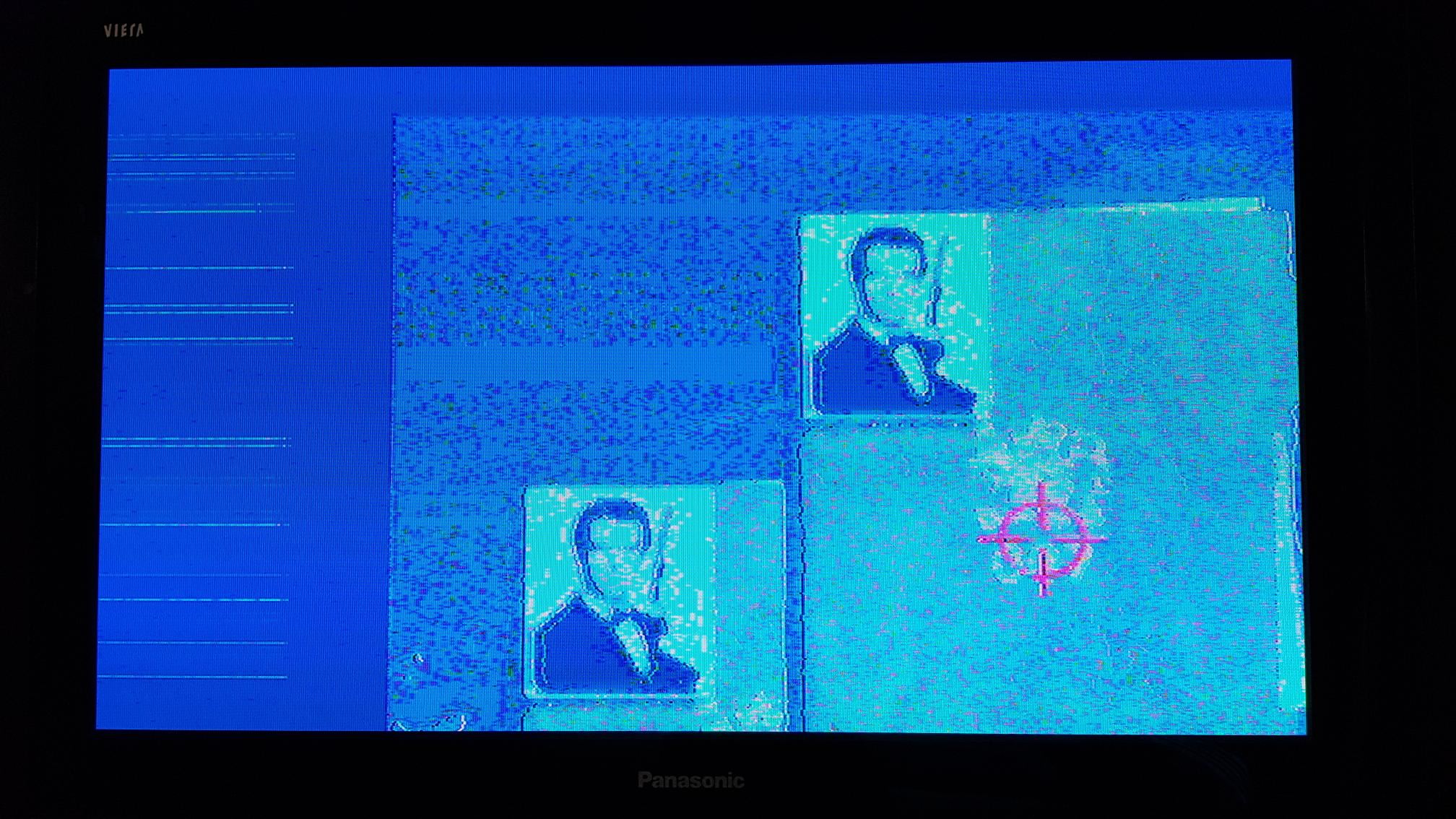 it is a shame as I only have one HDMI port on my TV, so hope it will be fixed in a later firmware revision... I got very scared as I thought it was my soldering

I wonder if the UltraHDMI could be updated to ouput a type of "540p" (1080i) signal sort of like what 240p is for 480i. But your TV would have to somehow recognize that resolution, and I don't think it could if it can't recognize 1080p... (I think the digital displays that can accept 240p are only able to do so because they can accept 480p and higher already.)

by inspectah
Hi,
whats the color space that UltraHDMI outputs?

I wonder if I should set my OLED to RGB full or limited.

Edit: FW 1.08 answered my question, you can now choose between RGB full and limited.

The UltraHDMI used to support 1080i, but I believe the wording was something like "the timings were impossible to work with" so it was dropped.

by jonathancutt
I know this is almost 2 years old now, but I just connected my N64 up to my living room TV (with ARC connected to sound system) only to find I wasn't getting any sound through the system. UltraHDMI batch code 03. Got a fresh blade and a jewellers loupe and cut the HDMI CEC trace, as per marshall's diagram on page 45. Sound now works perfectly.

I've had my N64 hooked up to a computer monitor for all these years so never knew there was an issue with the earlier boards. Definitely need patience and a steady hand to do it though.

by rbmbox
Hi everyone,
I'm sorry my first post is me immediately asking for help, but I believe I have a bricked my ultra hdmi with a firmware upgrade. After spending the last two hours searching the web and not finding much on the topic other than a reddit post from almost a month ago with no information, I found this forum and figured I'd try my luck here.
What happened:
Sometime last year I bought a pre-modded N64 with ultra hdmi (FW 1.07) online and it was just glorious. Today I found out there was a FW update and that I could use my Neverdrive for that. I read the documentation (rn_fw.pdf) and copied the file over the the SD card and ran it. I got far enough that it would say "validating data" and I got up from the floor to sit on my couch. I managed to sit down on my remote which turned my TV off. I turned it on again immediately, but the N64 would not produce any signal over HDMI.
Not wanting to brick the ultra hdmi I waited for 15 minutes before turning the N64 off and on again. The documentation said the flash would only take about 6 minutes, but I just wanted to make super sure.
Apparently this was not good enough or the TV turning off messed with the flashing process somehow.
Anyway, I don't get a signal over HDMI now. I can see a brief flicker when turning the N64 on, but the TV goes straight back to "No Signal". The N64 itself seems fine however as it still outputs a charmingly blurry composite signal.

The documentation says that the unit would have to be "serviced" in case of a bad flash, but it does not go into detail. Is there any way to recover from a failed upgrade? If so, are there any shops that offer repair services for this kind of problem?

Thanks in advance for any pointers.
All times are UTC-06:00
Page 49 of 49
Powered by phpBB® Forum Software © phpBB Limited
phpbb.com